It was fun getting together at Frazier-Rowe Park Monday evening to celebrate the winter solstice and observe this once-in-a-lifetime celestial wonder.  The crystal clear western sky was ideal for using several pair of binoculars - plus my Newtonian reflector telescope and our "good-ole naked eyes" - to enjoy amazing views of giant Jupiter and ringed Saturn.  We got to see them setting together as if they were almost a single planet - their closest "conjunction" in hundreds of years as viewed from Earth.
Jupiter passes its neighbor Saturn about every 20 years in their adjoining orbits
(at different-speeds) around the sun. At that time ("conjunction" as seen from Earth) they can sometimes appear to be remarkably close together in the sky (1st graphic below). Their next conjunction will happen on Oct 31, 2040, but their next "super-close" pairing won't be until Mar 15, 2080.
Special thanks to Mia for noticing that our telescopic view also included Jupiter's four brightest moons (as in 2nd graphic below) lined up in a row in orbit around the planet as discovered in 1610 by Galileo - differently spaced each night!
Just after our viewing session we also enjoyed a memorable night hike through the forests and native plant gardens of Frazier-Rowe Park and its adjoining Coralwood Nature Preserve.  The bright crescent moon and stars high overhead enhanced the experience.
- Submitted by Charlie, Tue AM Dec 22nd

p.s.  Here's an image of the planets' gradual approach to one another in the western sky since September, as seen from earth just after sunset (copied from this excellent info link):  https://skyandtelescope.org/astronomy-news/jupiter-and-saturn-embrace-in-solstice-conjunction/ 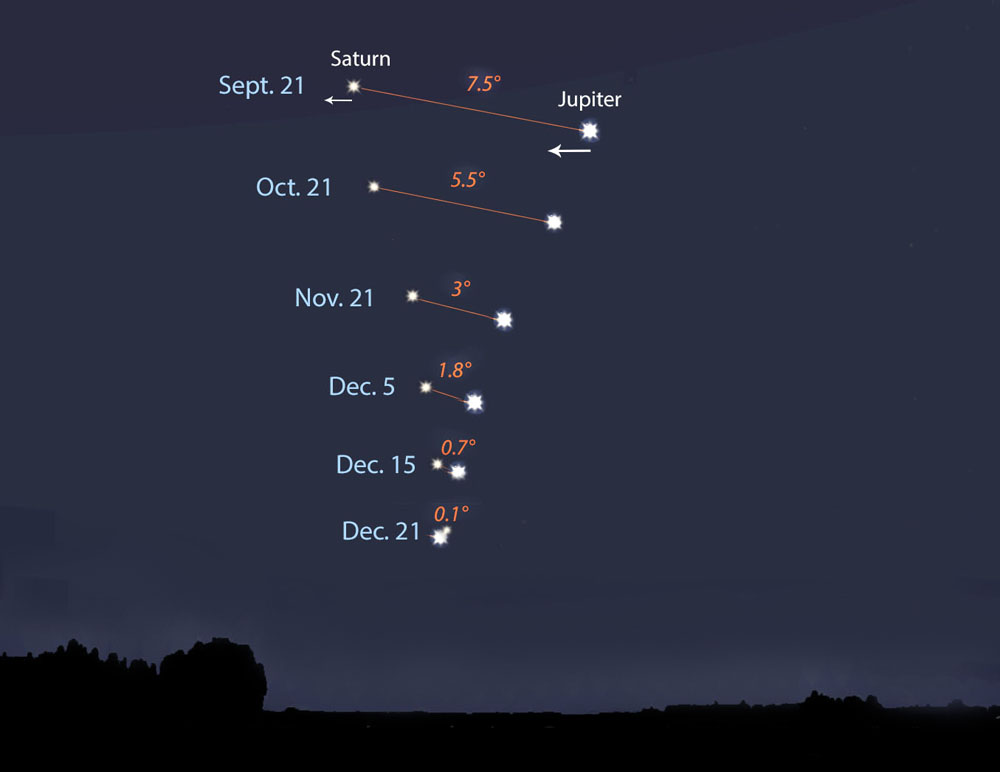 p.s.#2  This image includes Jupiter's 4 largest "Galilean" moons in orbit around the planet, which we could see as bright dots with our telescope: 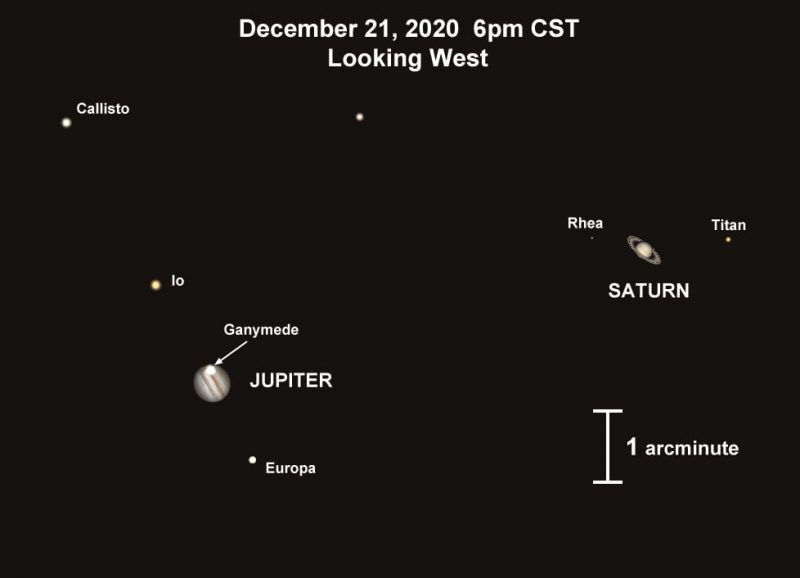